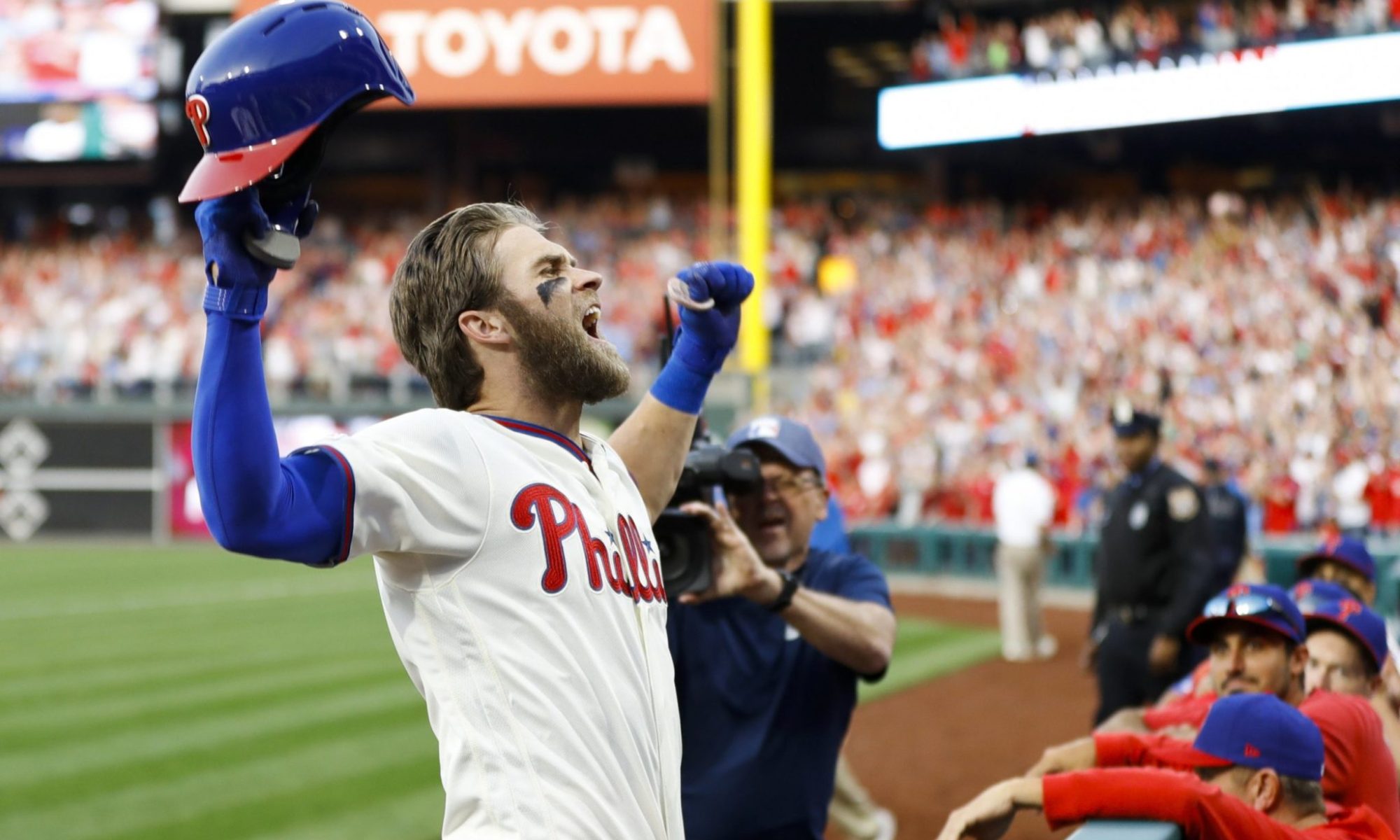 Baseball is back for real and I can’t wait to watch some Phillies baseball. A 60 game season could lead to some crazy things.

With a 16 team playoff format it’s possible that 4 NL East Teams could make the playoffs. I have the Phillies making playoffs and coming in second in the division. Third place isn’t a bad guess either but I am biased and saying that they will finish second. The Braves will win the division and the Phillies and Nationals will be neck and neck for second and will both make the playoffs. The Mets will finish 4th and they will not make the playoffs. The Marlins will obviously come in dead last. The Braves will go: 40-20 With the Phils going 36-24. The Nats will finish with a record of 33-27 and the Mets 31-29. The Marlins will go 20-40.

The awards for this MLB season could be surprising. I have Bryce Harper winning NL MVP. This is maybe a little biased but really here’s why, Juan Soto is who I would’ve picked but he has tested positive for Covid-19. Now with this shortened season he’s gonna miss a lot of games. It will be hard to recover for him and I just don’t think it will happen. Then I have Degrom winning NL Cy young. People could say Scherzer could win, and that’s a fair argument but he hasn’t looked great. Although that could change.

For my American League Side this is no Suprise, Mike Trout will win MVP. Since that is boring I think Anthony Rendon trouts teammate could be a dark horse for AL MVP. The AL Cy Young award will go too Gerrit Cole. I can see him having another great season making a lot of money.

Bonus: I hope the Astros get plunked at least 3 times a game.