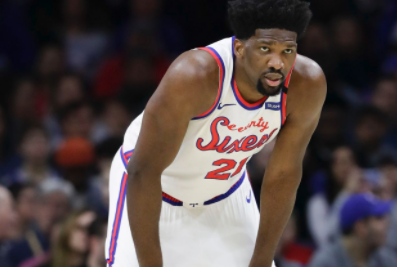 The NBA is coming back! Today the NBA owners approved for the league to have a comeback in Orlando, Florida, by a vote of 29-1 (the only no vote was from the Portland Trail Blazers). The season will be modified with only 22 teams being brought down to the Walt Disney World Resort. The teams that will be brought down are the 16 currently placed playoff seeds (1-8 in each conference), in addition to the New Orleans Pelicans, Portland Trail Blazers, San Antonio Spurs, Sacramento Kings, Phoenix Suns, and the Washington Wizards. The 13 Western Conference teams and nine Eastern Conference teams will play eight regular-season games to round out the year. There is also a possibility of a play-in tournament for the eighth seed. The reason for more Western Conference teams is because there were more teams that fell into the requirement of being six games of eight place when the season was postponed. Other than that, the league will be its normal one through eight, each conference, best of seven series as always.

Now pertaining to the 76ers it’s going to be very interesting what these times will have meaning for the team. A positive from the hiatus is that 76ers PG Ben Simmons is going to be reportedly healed from the injury that was originally going to have him miss the rest of the regular season. The other side of it, well that’s the unknown. The 76ers were not at the top of their game before the season broke off. They were 4-4 in their last eight games and in addition, were one of the worst road teams in the NBA. Inconsistent play dropped the team down to the sixth seed, and who knows how far they could have fallen if league play continued.

Before the season the 76ers had championship aspirations but shortly those expectations started to become dreams. The team couldn’t win on the road, Al Horford’s play was nothing that the 76ers paid for, Tobias Harris wasn’t putting up max contract numbers, Ben Simmons hadn’t developed his shot, and Joel Embiid was riddled with mediocre to bad performances. Yet, the team was still able to beat the Bucks on Christmas Day, down the Celtics on the road on Opening Night, and beat the title favorite Lakers on the way. Frustration grew high with the team with rumors about deals of Simmons or Embiid, the firing of Brett Brown, or any other possible distracting headline.

Although with all of that the 76ers will have a chance to turn it around. Of course, I don’t know what the home vs away aspect of this neutral territory for the 76ers will be but that can’t be any excuse for this team. This team went into this season expecting to compete for a championship, this still has to be the expectation. One of the main ways that the 76ers will get to that point is on the shoulders of Joel Embiid. It’s not just that Embiid is the team’s leader but it’s because he has to show the organization and most importantly the fans that this is his team. It will have been 22 weeks and two days since the 76ers last played to the point that they will step on the court again on July 31st when the season opens up. That is a huge amount of time, which can be an issue for Joel Embiid. Dating back to Embiid’s first season reports of Joel Embiid not wearing his walking boot helped contribute to Embiid requiring surgery again forcing him to miss his second season with the team. Even from that point pictures of Joel Embiid eating fast food while warming up have drawn criticism. Yet, another example last year as Joel Embiid missed time at the end of the season due to injury but came back out of shape when the team faced the Nets last year. That mixed with illness in the Raptors series also plagued Embiid’s performance in games.

Now Joel Embiid has had 22 weeks and 2 days without being allowed in the 76ers facility, and certainly fewer restrictions on dietary habits compared to if he was with the team. Nobody is questioning Lebron James if he is going to be ready when the season opens up, but Joel Embiid certainly hasn’t earned that confidence in my mind. This is a moment where the character and the future of Joel Embiid will be tested. If he comes back in MVP type form and is in his peak physical shape then we know that this is the player that can lead them to a championship. If not, if Embiid comes back out of shape, lackadaisical, or just not at his level, then it’s clear that he isn’t ready. I understand that COVID-19 has restricted people from going out, but let’s not kid ourselves and say that Embiid wouldn’t be able to work out that. Not just in a negative sense, but staying in shape at home is what millions of people are doing daily, you can’t use an excuse that an NBA player can’t.

The reason for placing my attention on Embiid rather than per se Simmons is because this is Embiid’s sixth year in the NBA. Embiid’s 26 years old, it has to be expected of, not asked, that he can act like a professional athlete. For Simmons, he’s rehabbing but I still expect that same conditioning from him. Nothing in Simmon’s career makes me think that he won’t come back in his normal shape, it’s Embiid who has the track record. Again, this 76ers team was expected to make a championship run, Embiid will play a huge part in that. If he comes back out of shape, that the team has to question his ability to lead the team because this would then be three straight years so “going all in” but coming up empty-handed.