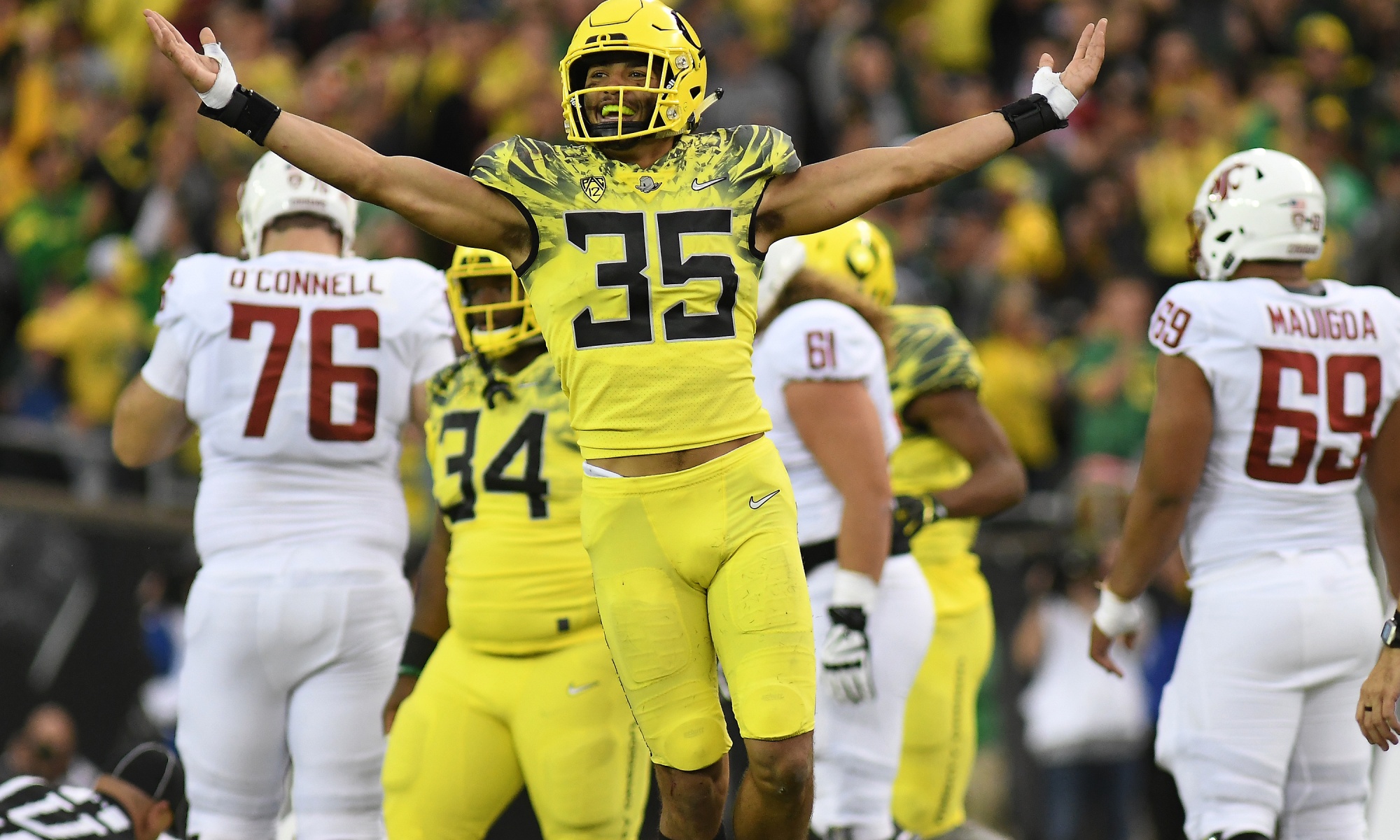 One of the positions that the Eagles should look to improve in the upcoming NFL Draft is LB. Their only Linebackers left on the roster are Nathan Gerry, Jatavis Brown, T.J Edwards and Duke Riley. If they want to compete for a Super Bowl in the future they need to add a good LB. Luckily enough this group from the upcoming Draft has great talent and depth.

Of course the Eagles won’t take a Linebacker in the first round, since they need a Wide Receiver, but who could they take in day 2? Troy Dye is among the hidden talent in this upcoming class.

Troy Dye has great coverage ability, which is something fundamental in today’s NFL. He’s very fast and athletic which helps him make up for his mistakes when he messes up. He stops the inside run very well, and he’s able to rush the passer very well too. He has a really good frame at 6’3″ 224 pounds too. An adequate pro comparison for him would be NFC champion Dre Greenlaw, or Darron Lee.

In my opinion if the Eagles are able to draft Troy Dye with their 2nd or 3rd round pick, they should definitely do it. Their Linebacker corps are really bad and if that doesn’t change they’ll have a very tough time competing for a championship. His combination of speed, great athletic ability and very good coverage would fit perfectly into the Eagles defensive scheme. If the Eagles take Dye they would be able to turn into the best defense in the NFC East.