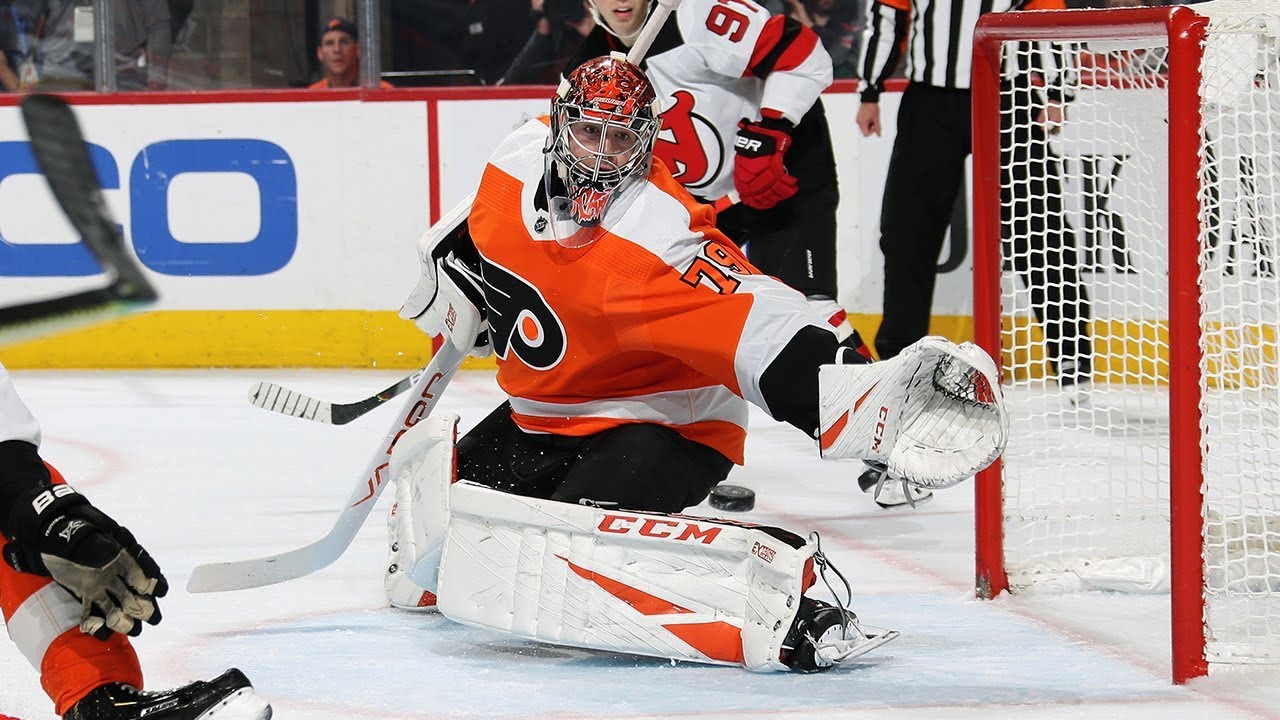 Let’s be honest, before the suspension of the league a few weeks ago, the Flyers were on fire. Before their 0-2 loss to the Bruins, the Flyers were on a 9 game winning streak. With 89 points, they were only one game out of 1st place. But who can we give credit to for all of the Flyers success?

Well two words, Carter Hart. The 2nd year goaltender was on a roll before the suspension of the season. Backstopping the guys 7 out of the 9 games on that win streak, Hart has been solid for most of the year, especially towards the end of the season. The 21 year old goalie has a 24-13-3 record on the 2019-20 season. With exactly 1,100 shots against him so far this year, Hart has only let in 95. He has an amazing 2.42 goals against average and a fantastic .914 save percentage. Those are some unbeatable numbers from the kid.

But enough with stats, what has Hart done to help his team with confidence? Well a combination of huge saves and stellar performances have helped his team stick it out for the goaltender. Not to mention Hart has had to stand on his head a couple games to give his club the victory.

Don’t get me wrong, other factors like new management and some new players have helped the Flyers succeed this season but every team needs a good goalie in order to play with the better teams of the NHL, and Philly hopefully has theirs.