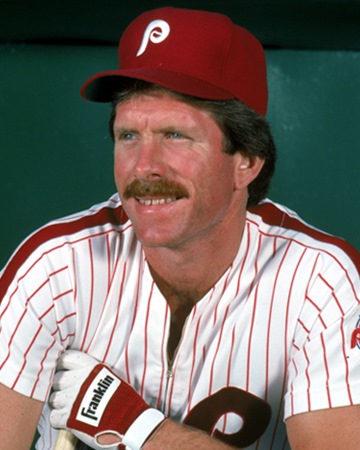 COVID-19 has ruined everything! From travel and dining out, to parties and even religious gatherings. The sporting world obviously was no exception to the rule. The baseball season, along with all other major sports leagues, has either delayed or suspended play until further notice. So while we wait to see how the season begins, let us forget about the calamity sweeping across the globe with a spirited debate. An all time Phillies team, single season, by position. We will keep it to a starting nine, no relievers, (Sorry Brad Lidge). The cut off will also be no seasons before 1945. Post war era to present day. No disrespect to the greats like Delahanty, Hamilton, and Klein, but for this discussion we will keep it to fans still around to have seen them play. This will NOT be the debate of who had the best career, just the best individual season at each position. Let us begin!

This may have been one of the hardest ones to decide, a few catchers in Phillies history have had impactful single seasons and deserve serious consideration for there accomplishments. The slight edge in this one goes to Lieberthal. His 1999 season was one of the few bright spots on a 77 win Phillies team. His slash line of .300/.363/.551 with 31 HR’s and 96 RBI’s ended up making him All Star worthy that year. Now certain catchers edged him out in certain categories, Darren Daulton in 1992 had 6 more RBI’s and a slightly better k/bb ratio for example. Where Lieberthal put himself over the top was he exceeded most individual seasons comparable to his, defensively. Yes, Realmuto through out few more runners trying to steal a base, but Lieberthal’s .997 fielding percentage and Gold Glove along with that kind of offensive production give him the top spot.

Here is one of those that isn’t really debatable at all. Outside of his strikeouts, Ryan Howard’s 2006 season was utterly remarkable. .313/.425/.659 slash line with 58 HR’s and 149 RBI’s absolutely ends any debate for any other season in team history. He also walked 108 times and led the majors with 383 total bases. His historic year made him an All Star, as well as both a Silver Slugger and NL MVP award winner. Easily the first choice for this list at his respective position.

Though which season to pick from was a difficult choice, the player was another no brainer. Chase Utley was arguably the best second baseman in the game from 2006-2009. Any of those years can have a case to be made for as his best, 2007 stands out just a bit more. Shortened by injury, playing in 132 games, he finished with a slash line of .332/.410/.566 with 22 HR’s and 103 RBI’s. Sure his home run total was higher a few other seasons, it with roughly 100 more plate appearances then he had in his 2007 campaign. He actually had the highest slugging percentage and OPS of his career due largely in part to his 48 doubles, which was also a career high for him in a season. He was well on his way to being considered a top 5 that year in MVP voting had he not missed significant time, but still finished in the top 10 at seasons end. Not to mention an All Star nod and a Silver Slugger.

Jimmy Rollins 2007 wasn’t just a shoe in for this one, it’s one for the record books. The 2007 MVP was just the fourth player in MLB history (Curtis Granderson also did it in 2007 oddly enough) to hit at least 20 HR’s, doubles, triples and steal a minimum 20 bases in a single year. His slash line of .296/.344./.531 was easily the best of his career. He also set career marks in runs, RBI’s, hits and total bases. His MVP voting was a bit controversial as he wasn’t even selected as an All Star that year and he hit under .300, but in 2007 J-Roll was arguably the most dangerous and complete player in the game.

So which one of Michael Jack’s 3 MVP season would you like to choose from? Let’s go with 1980. Sure his 1981 season was on its way to being quite legendary itself in a strike shortened year, but 1980 put Schmidt into the conversation of best player in baseball at the time. His slash line of .286./.380./.624 with career highs of both 48 HR’s (also major league leading that year) and 121 RBI’s made Schmidt the most important offensive piece in the Phillies capturing there first ever world title. We can’t forget he was also an All Star, Silver Slugger award winner, and claimed one of his 10 career Gold Gloves at the hot corner. There are many reasons why Schmidt is considered the best third baseman of all time, but 1980 might be the biggest.

(Honorable Mentions – Not even gonna bother!)

Phillies Wall of Famer Del Ennis was outshined historically by some of the greats of baseball during his time, but his impact on the Phillies cannot be undervalued. In 1950, Ennis had a slash line of .311/.372./.551 with 31 HR’s and a career high 126 RBI’s. He only struck out 3 more time than he walked and added in 34 doubles. Names like Luzinski and Burrel may have a slight edge on Ennis in power, but Del’s 1950 campaign is well deserved of this list.

By baseball historians he is still considered one of the best lead off hitters in the history of the game. Richie Ashburn’s 1958 season was just one among his many stellar season in red pinstripes. He hit .350/.440/.441. Lead off hitters of his era obviously were not expected to deliver power, instead, “Whitey” delivered with grace. His .350 average led the majors, as well as his 215 hits and 13 triples. He added in 30 steals for good measure. A few other Phillies had cases to be made for CF on this list, but Ashburn’s numbers are hard to argue.

The steroid era diminished a lot of sensational players careers. Some big leaguers not hitting 50+ home runs every year were typically overlooked. Add Abreu to that list. In 2001 he hit .289/.393/.543 with 31 HR’s and 110 RBI’s. He crossed the plate 118 times and stole 36 bases. Most surprisingly, he wasn’t even an all star that year! Abreu has a few seasons with a few more dingers and a slightly higher average, but his numbers across the board in 2001 would have been looked at in an entirely different light had he played in any other era of the game. Probably why the conversation is being made on if he is Hall worthy or not, you won’t hear me argue.

Looking back through Phillies history from the standpoint of starting pitching, we as fans have been lucky to have viewed some historically great seasons. None more remarkable then “Lefty’s” 1972 season. A record of 27-10 with a 1.97 ERA, 310K’s, 30 complete games with 8 shut outs in 346.1 innings. That was a mouthful, but all of those outrageous numbers came in a year when the Phillies won a total of 59 games! The Phillies won in 29 of the 40 games he started that year. Needless to say he claimed one of his 4 career Cy Young awards in 72, and it would have been a winner on a good team, let alone one of the worst in baseball.

Time to finish it off with a lineup: