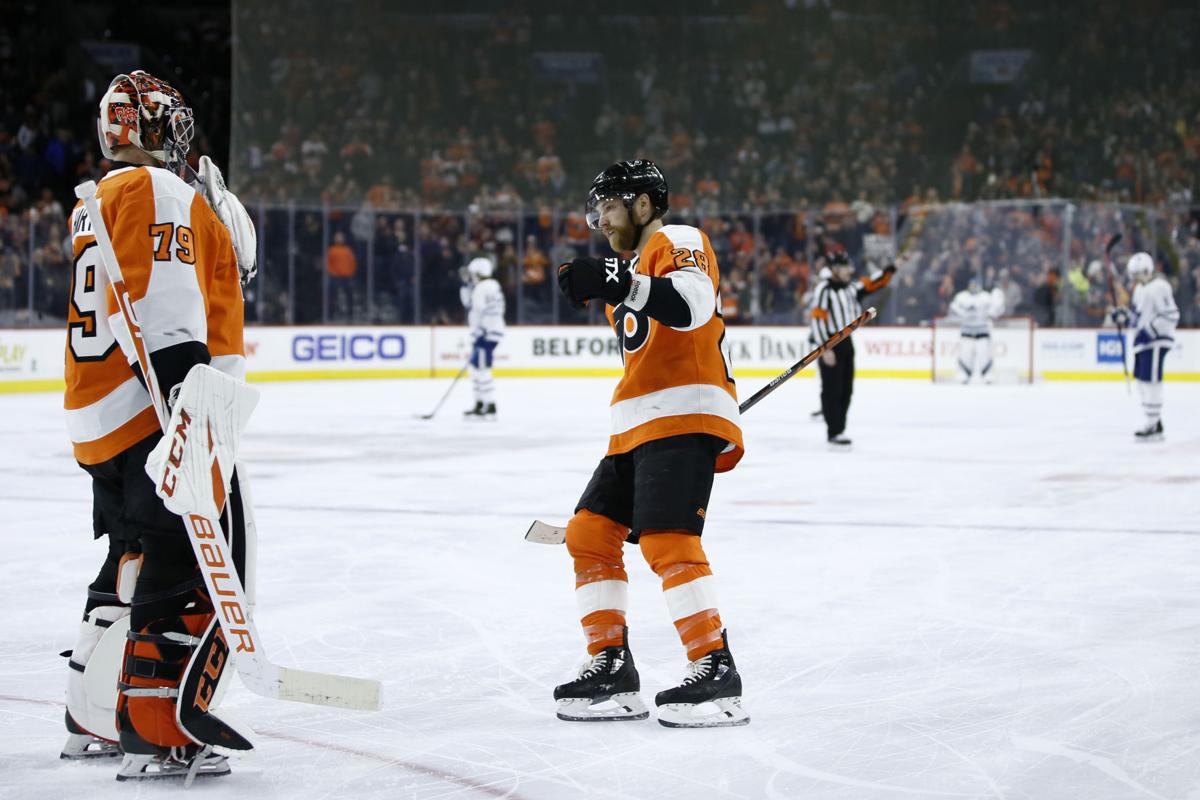 The Flyers pick up another win against the Leafs, by a final score of 6-1. This was an all around good solid effort from the Flyers, especially Carter Hart, who kept the Flyers in it when they needed him most. The Leafs outshot the Flyers 15-7 in the 1st, 6 being on the PP and 5 being from John Tavares.

Game was scoreless until Scott Laughton made it 1-0 in the 2nd, off a great play by Kevin Hayes. Hayes, who had a great game, has really picked it up lately, having 5 points in his last 6. His line with Farabee and Laughton has been very good since Laughton came back from injury.

Toronto would tie it in the 3rd, off a shot that went off of Hart’s shoulder, up in the air and in, to make it 1-1. It wouldn’t be tied long, as Travis Konecny made a great pass to Claude Giroux to give the Flyers the 2-1 lead. The line of TK-Frost-Giroux was great all night with a bevy of chances. Konecny would make it 3-1 on a 2 on 1 with Giroux, starting with a great pass from Myers through the zone.

Myers played exceptionally well with 3 assists and a great defensive effort, along with his partner Shayne Ghostibehere, who in my opinion has his best game since being a healthy scratch (first game back was against DET 11/29). Farabee, Ghost, and JVR would all get goals in the last 3 minutes for the Flyers, giving them the 6-1 victory.

The Flyers have a tough test on Thursday, as the Arizona Coyotes come to town. Arizona, who is really making a name for themselves this year, has played very good as of late. They are 5-3-2 in their last 10, and are 16-9-4 on the year, with 36 points, 2nd in the Pacific, The Flyers then will host Ottawa at home on Saturday. The Flyers have scored 16 goals in their last 3 games, and will look to continue this offensive surge into Thursday.